Timur Shaikhutdinov: There is a huge public potential to maintain law and order

Kyrgyzstan has been implementing a program for development of social partnership to maintain law and order and prevent delinquency for several years under that slogan. The initiative being implemented by the United Nations Office on Drugs and Crime and the “For Reforms and Results” Civil Union is to involve and mobilize local communities to reduce number of crimes in their district.

K-News was told detailed information about the program and its results as well as plans for the future by the Coordinator of the Civil Union “For Reforms and Result” Timur Shaikhutdinov.

The work began as early as in 2015 with 12 pilot municipalities. These are settlements from each region of Kyrgyzstan. The principle of participation of three parties was observed everywhere. First - they are state bodies represented by the territorial police departments, then there comes local government bodies. Then comes residents and civil society, NGOs, community-based prevention centers (CBPC).

The first task was to persuade local government body to create a working group, as its was the main tool for participation of all parties. The working group included representatives of local government bodies represented by deputies of local councils and representatives of CBPC, which consists courts of aldermen, women’s councils and youth committees. Though they were absent in some places as CBPC are more than 500 across the country and their structures are often formal and they operate poorly. Now they are trying to solve this problem, many resources are being invested, particularly from donor community, the legislation is being improved to revive those structures.

We conducted field research - and it was enormous work - we interviewed local residents, policemen, and inquired what they were worried about. We asked for statistical reporting, but it is important to emphasize that statistics can be controversial: somewhere it is downplayed, somewhere it is exaggerated, and there may be no statistics on individual issues.

It turned out that the most common problems in 12 municipalities are related to youth and minors, including school racketeering.

Issues of cattle theft, traffic accidents and traffic jams are next in terms of prevalence. Concerning the latter, I will explain that this was the case with those settlements located on highways for instance. Or, say, there is a bus station, where jams happen very often.

The next issue is family violence that local communities are willing to discuss, which, honestly speaking, was a real discovery for us. They preferred not to talk about it in the past.

Then there comes issues of drug addiction, suicide. The last item was openly discussed only in Nookat, although this problem was quite acute in at least two more municipalities.

When issues were prioritized, there were developed joint plans for 2016. By the way, works are being summarized now and the results should be evaluated by local communities. If they make a request, the work will be continued.

We provided for training, consultations, discussion of forthcoming work in implementation of joint plans. We did not financed activities as a rule. And the most difficult issue covering the sustainability of the initiative was financing. The big achievement was that local government bodies realized their interest in implementing joint plans and began to invest funds to finance them in 2016!

The lowest allocated amount was 40 thousand KGS. It is not enough for annual amount, of course, however, when it comes to the local budget it was a progress for us as we have never had such experience before. The highest amount reached 2.5-3 million KGS. By the way, very few people know that local government should help in solving problems in the field of law and order and prevention of violations. They are required to do this according to Laws “On Local Government Body” and “On the Prevention of Violations”. In addition, there are various government regulations, which often are not complied with in practice. And we told them that it was legal and they had a right to do it. Moreover, we told that they MUST do it, where we only helped.

There were absolutely amazing examples, and I would say inspirational ...

For instance, Maksat village of Kulundu Village Authority, a settlement located on the very border with Tajikistan, can be called as the most southern point of our country. There are places where the state border has not been determined yet! Consequently, there are a lot of problems, and the local district police officer came to them from somewhere, because he had no his own home in that area. All this, of course, affected the efficiency of his work making incapable to solve issues promptly.

Then local government of not only of that village authority, but also of neighbouring ones as well as the population itself begin to understand that they really need a policeman and he is needed there. In the end, they invest their funds, their resources and they build a house for him through common deed! Now it is a police station, where the policeman lives and receives residents. And he works for the benefit of the local community, he felt his responsibility to people, he is changing his attitude to work, to inhabitants.

Let take the example of Uch-Korgon - a large village authority consisting of 12 villages, multi-ethnic, multinational. One of the problems they identified for themselves was the problem of school racketeering. The working group included school principals who admitted that there were guys with difficult behavior. What is our standard approach? A district police officer comes to a schoolboy and starts to frighten him telling that he will have a file on him and so on. It eventually does not lead to anything, because a child begins to harden, because the psychology of adolescent is protesting psychology.

Then they created a group of volunteers, which we trained together with the Saferworld organization, and that group, including teenagers, began to solve the problems of school racket through Forum-theater format. Forum-theater is a discussion in the form of a theatrical performance, where each participant can stop the action and speak on the issue being discussed. The idea is to have issues solving options discussed at the end of the forum-theater.

Teachers later admitted that there were cases when guys who used to be in school racket began to change, because they felt responsibility. They were not treated as hooligans anymore, teachers began to give tasks

Other cases are associated with self-mobilization of local entrepreneurs, for example, when repairing dangerous sections of highways. All of this shows that there is a huge potential of society to maintain law and order, they just did not think about it a lot and imposed responsibility solely on law enforcement agencies.

Models and plans for the future

Of course, we did not invent a bicycle and studied similar experiences in other countries where a significant part of the population rejected police. The “joint safety” principle, when a community participates in law enforcement issues together with police, has already been implemented. It was a part of the overall state program, the scheme was implemented from the lowest levels to the national one, and there were no questions like why that should be done. From the bottom upwards - people talked about problems, and from the top downward - there were strategies, laws.

It is not widespread yet in our country. However, we are developing a full-fledged model, moreover, there are already some reserves. Another question is whether this approach will be adopted or not ...

There are ideas on which direction the legislation should be changed in, who should coordinate prevention issues at the national level, and so on. Last year the Security Council (it was a Defense Council at that time) showed its interest in development of proposals on crime prevention. There are certain expectations from Zhenish Razakov, the Deputy Prime Minister, were held consultations with him.

In Bishkek they decided to begin development of social partnership for the maintenance of law and order and prevention of violations with the Sverdlovsk district of the capital, which, as is known, includes many housing estates, residential areas and large markets. Samarbek Bolotbekov, head of the district, has already formed a working group, which will have to identify the problems that are most troubling for Sverdlovsk citizens through residents’ interrogation and to develop a joint plan of actions on their basis by the end of May 2017.

“There are little fewer people in one district than in all the 12 municipalities taken together that we selected earlier! And it is some kind of challenge - are we able to manage it? Moreover, Bishkek differs from regions by mobilization. People are more active in such initiatives in villages, they are quick on toes, and we have seen that by ourselves” says Timur Shaikhutdinov. “But we put high hopes on Bishkek, there is interest of local authorities and active residents, and this is the main condition for success”.

The activists plan to offer a new approach to maintaining law and order to all districts of the capital and entire city. 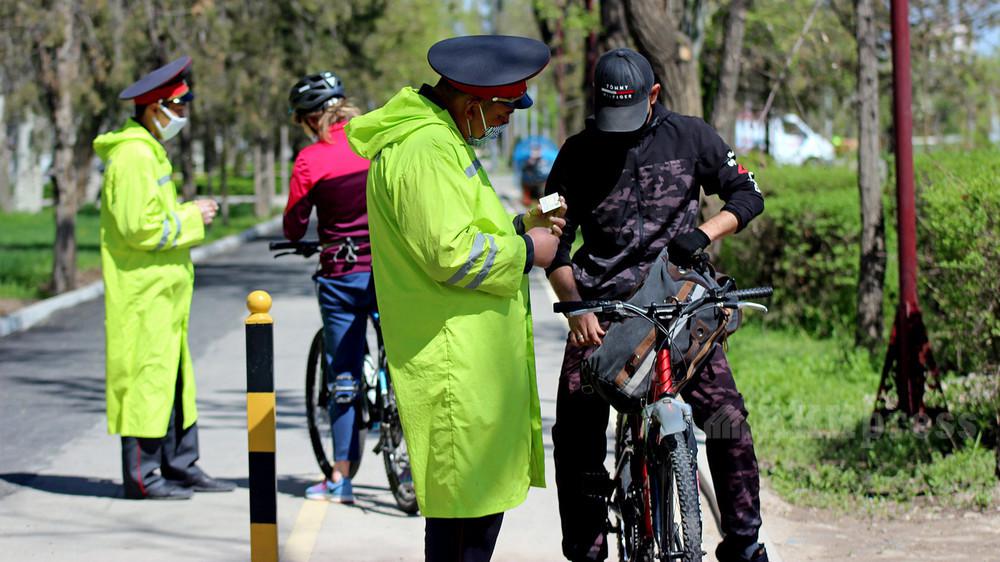 Timur Shaikhutdinov: There is a huge public potential to maintain law and order